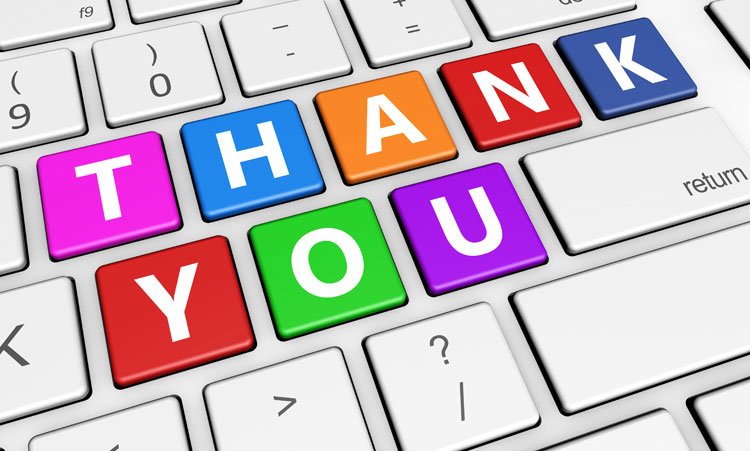 This is a quick update for all those who have been asking how our “donate a device” project is going. The short version is: very well and we’re very busy! But read on for the longer version…

In the three weeks since first seeing Dan’s tweet asking for 10 devices to urgently help for his school (he’s school governor for Trumacar Primary in Heysham), and our first requests for donations, we have been overwhelmed by the generosity of our local community. You are all wonderful generous people!

We have now given refurbished donated devices to 6 local primary schools, and they are all very grateful for the support of their community in helping out families in need. Here are some pictures:

And this is an example of what our workshop looks like these days!

LAMM’s project has been featured in the Lancaster Guardian here and on BBC Radio Lancashire, Heart Radio, Smooth Radio and even BBC North West! We are grateful to everyone who has passed on the message to their friends and colleagues about the project and to everyone who has emailed, messaged and contacted us about making a donation.

A couple of practical updates and FAQs too:
As you can see from the photos of our workshop, we are busy working to repair and refurbish a lot of donated devices at the moment. We are a small community group and everyone one working on this project has full-time jobs and family responsibilities, and is using their spare time to do the necessary work on the donated devices.

When will you pick up my device?
We have had far more requests for Covid-secure pickups than we originally expected and so we would ask everyone to be a little patient if it takes us some days to get around to collecting your device. We are only letting our members and DBS cleared volunteers collect your donations. This is a standard safeguarding measure for community volunteers visiting private houses, and we want everyone to feel safe with their donations! We currently aim to collect donations within 7 days.

If you can use the Drop Boxes in White Cross Business Park, then please do. The Gatehouse reception has security personnel there around the clock, so anytime is suitable to drop your device in our boxes in the main reception (Gatehouse) building.

Where will you pick up from?
We are following lockdown regulations and can pick up up only from the Lancaster and Morecambe area. Postcode areas: LA1, LA2 (West half only), LA3, LA4, LA5, LA6 (West half only). If you live outside of these areas we suggest you use this link to find a nearest scheme to donate to: https://techforuk.com/donate-your-tech/

Is my device suitable for donation?
In order of preference, we welcome the following donations:
1. Working Laptops which originally ran Windows 7 or later.
2. Tablets less than 5 years old (unpaired from your Apple ID if iPads)

Please note, we cannot unlock iPads ourselves unless we have an original proof of purchase and a signed receipt transferring ownership to LAMM. This is because only Apple can unpair a device from the original Apple ID if it is locked, and they (quite naturally) want to make sure it was legally acquired!

Finally, thank you again to everyone supporting this project. We are working hard to process all the donations from private individuals as quickly as we can, and get them to the children who need them. For any local companies wishing to make bulk donations, please visit this page: https://www.ltfk.co.uk/lancaster.htm

With LAMM recently taking on the task of revitalising and preparing laptops for schools in the local area, one of the first things we are doing — before anything else — is securely wiping all data on them. This lengthy process writes random data (using the same techniques as the US’ Department of Defence) across the whole disk, ensuring that nothing can be recovered from storage, and giving donors the piece of mind that none of their data will be accessed.

To accomplish this, we’re using a tool called DBAN which specialises in securely erasing hard disks. Normally, you’d write this to a USB drive, plug it in to the ‘destructee’ computer, and boot off of it, but I didn’t really fancy buying 25 USB sticks for the current stock of laptops in the Space. So, a better solution was needed…

Many Laptops at the Same Time

Thankfully, I’d brought my laptop with me, which I could run a PXE netboot server on – this would allow any devices connected to the same network to boot from anything I liked, as long as I had it on my laptop. I went about setting up a PXE server (configured as a proxyDHCP server pointing to a DBAN boot image on a TFTP server), tested it out, and was ready to roll. This solution meant that no USB drives were needed at all. All that I’d have to do is plug a to-wipe laptop into ethernet, and turn it on. (Perhaps also configure the boot options to use PXE.)

We’d been (and still are being) given quite a range of laptops at this point – everything from this extremely pink laptop:

…to this teeny tiny little machine:

But thanks to how widely adopted PXE is, all the laptops (bar 1, boot password) were as simple as ‘plug in, power on, data gone’. The first stage of a thorough process to get these laptops to in-need school pupils.

The boot server running on the host laptop (and an iPad for music of course):

There were laptops everywhere, from on top of the laser cutter:

To on top of the fridge:

There were even a few that had decided to sit around and have a meeting.

In the end, around 20 laptops were wiped that day. They’re good and ready for the next stage of cleaning up, and then installing an operating system to. Check LAMM for updates! 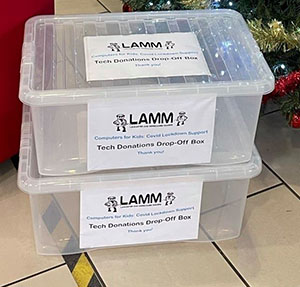 It doesn’t need us to say that we are all living in rather exceptional times. Recently LAMM was approached by a local school, via a governor, to give help to some of the pupils.

The Government has an initiative whereby Secondary Years pupils can apply for a laptop to work from home and maintain some connection to their education. However, there is very limited provision for Primary Years children.

There are many children in the local area, and nationally, below year 7 who are being left behind in these times. We have started an initiative to collect unwanted digital devices (Laptops and Tablets) that have the ability to connect these children to their schools. We have gained the support of a number of people.

In the past few days the initiative has started to take hold and Kay (a director at LAMM) will be appearing on the local Heart radio. Local businesses and Erica Lewis (leader of the Council) has given vocal support to our efforts.

We have a drop off point at the Gatehouse in White Cross (White Cross Industrial Estate, South Road, Lancaster, LA1 4XQ) and we can also do a doorstep collection of your device if that is required (especially for those of you who are vulnerable or shielding. Please note we can only pick up from LA1, LA2, LA3, LA4, LA5, LA6 areas. 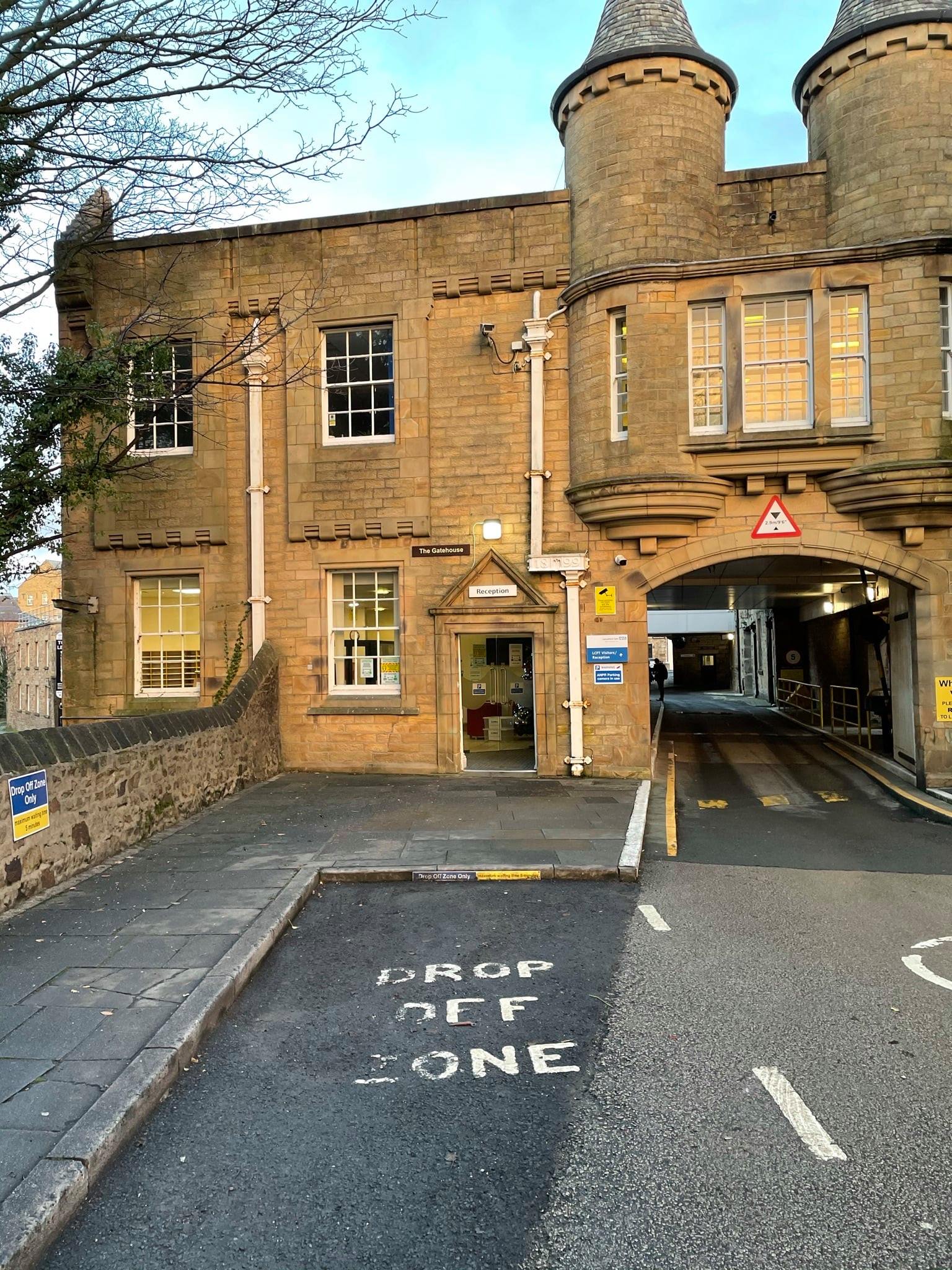 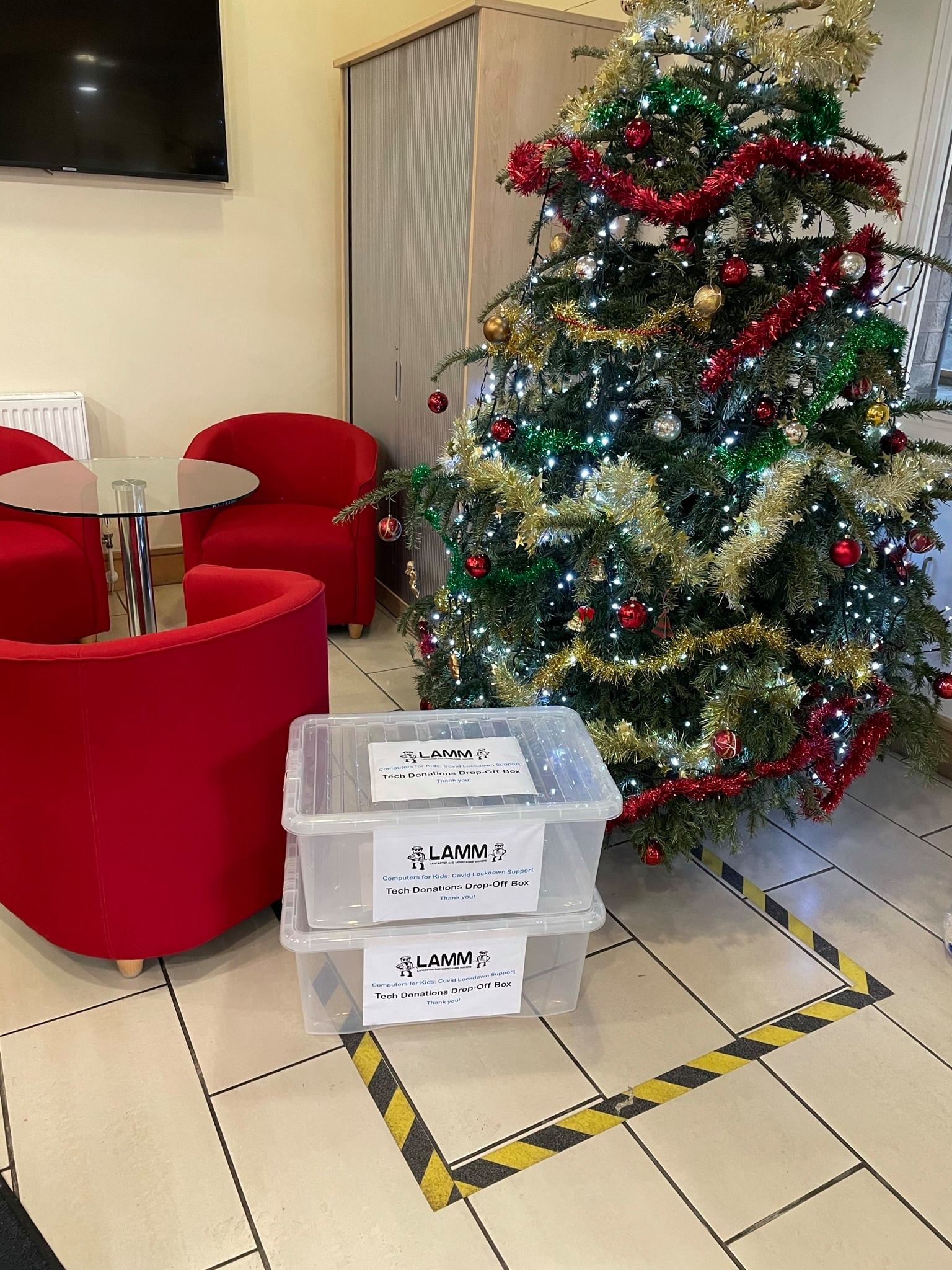 We are taking any machines that can be made to use a modern browser which is the requirement needed to run the software that connects children to their teachers. We will even take machines that need some repair as we have a growing number of parts and members willing to volunteer their time. Note that because we are volunteers we may take slightly longer than expected to respond to any communication.

All machines will have their data wiped using a secure wiping program before the system has a new operating system installed ensuring your data is safe. If you can donate then please do so. We are also interested in any parts such as RAM, hard drives and essentially laptop chargers. These can help revitalise an old machine by adding more physical memory of a bigger/faster disk and by having a safe power supply.

The first of the laptops are being prepared this week for delivery to school next week. Please note that we are not taking desktop machines at this time as they are too cumbersome and need a separate devices to be functional.

If you can donate please fill out the form here. We will keep any information you submit safe and will ensure any personal details are only used by directors or those tasked with collecting machines. All personal data will be deleted after the minimum legal period required by a business to hold data or on request.

Thank you for your time.