So just after Yule I started a Crochet project, its big and uses a lot of part balls of yarn 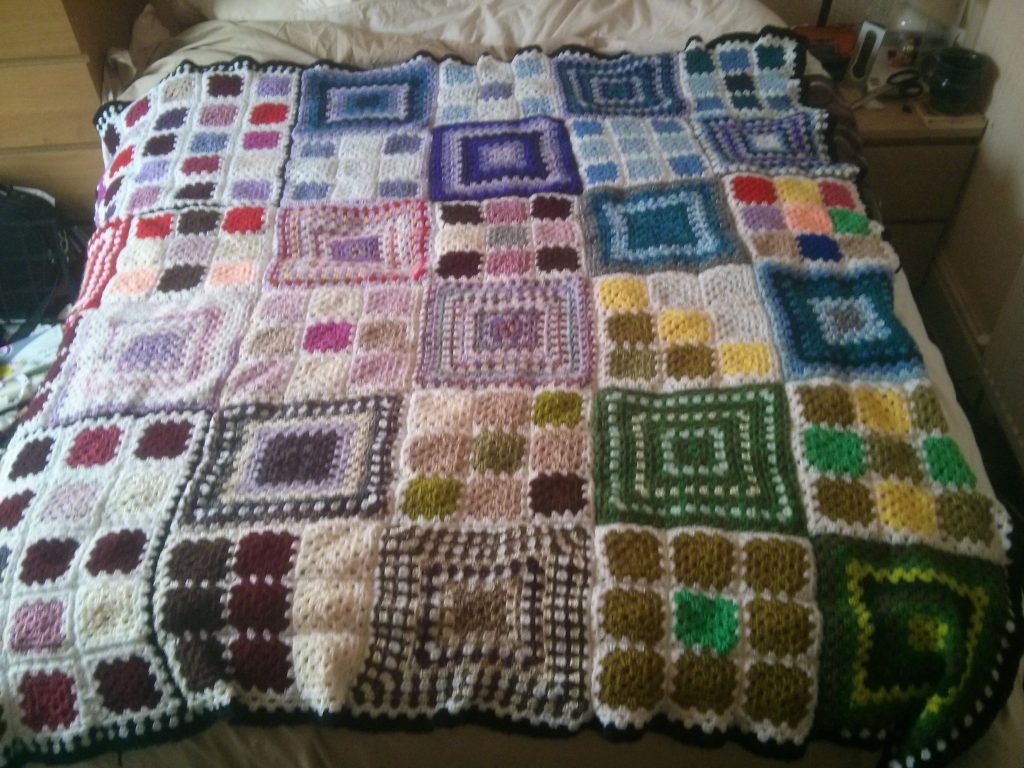 Yes its a big blanket which I finished at the weekend, when Britain hit a big heatwave.

For those of you out there that think this is very difficult, it is not. There is one stitch used for the entire thing and is just a standard Granny Square multiplied 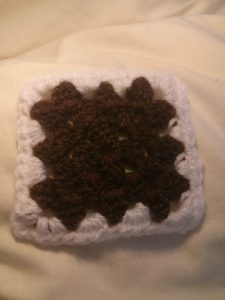 There are many tutorials and Youtube videos on how to make a granny square, so I won’t go into how to make one but the blanket consists of 176 small Granny squares sewed into blocks of nine and and 14 large ones. These were all stitched together into fours (2 blocks made of small ones and 2 larges ones). and then stitched all together. I then did one row of white and two rows of back all the way round to finish it off.  It is 157cm square so fits over a double bed. 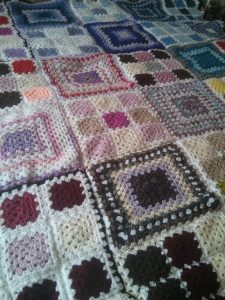 If you want to learn to crochet, want to sew something on a sewing machine or other textile crafts. why not join us in July for our Textile Hack day on 15th July.

Oh and while I have you, here is a sneak peak at another project I have on the go. 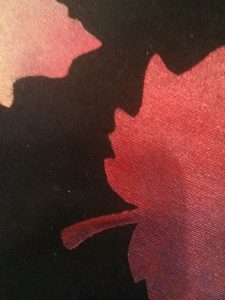 So this weekend saw many changes at the space. We received the go ahead to start moving in equipment and the White Cross team had installed many more electrical sockets, which we greatly appreciated.

Jim was renovating his kitchen and gave us his old kitchen cabinets, Ian and Tom collected them and installed them on Saturday. Other furniture also found its way up to the space including desks, chairs and other storage units. Sunday was the main event with our A2 Laser cutter arriving. Martin from Just add Sharks arrived at 2pm with a challenge: “Nobody has ever got one of the A2 lasers upstairs before”. Not a group to step down from a challenge, we called in more people to help, as it weighs just over 170kg. So the task began getting a metal box weighing 170kg up to the second floor – we knew that it would fit up the stairs but it was going to be tight. It helped that some of the extra help were engineers and a plan was formed. Ropes were attached, people psyched themselves up and the laser was rolled to the bottom of the stairs. 7 yes SEVEN minutes later the laser was in the space and we were patting ourselves on the back, or we were patting the people who had manhandled it up the steps on the back.

Next was fitting the laser tube and other extras like the air compressor, water chiller and extraction unit. Then came the calibration and training. I won’t go into the details of these here as there will be training documentation to come for everyone who wants to learn how to use the laser. Just to say it is really not that difficult to use which I proved by laser etching and cutting the LAMM logo on ply before the day was out.

A BIG thank you to Martin from Just add Sharks, for his excellent training, and an extremely big shout out to all those who helped over the weekend, I will name names as without their help we would have been stuck. Graham Hill, Darren Poulson, Tom Bloor, Ian Norton, Jim Mann and his friends. A hackspace is nothing without people rolling up their sleeves and getting stuck in.